October 29, 2017
So as its coming up to halloween, i decided to go to a pumpkin patch this year! tbh.....i normally just go to a supermarket to buy my pumpkins but it just seemed so much funner actually being able to go and pick your very own! I went to fox farm produce in colchester. I went on a good day...no rain meant not extremely muddy shoes! i must say i couldn't quite believe all the different type of pumpkins you could choose from, i knew there was munchkin ones, but not blue pumpkins.....yes blue!! i have never seen these before! They had all different varieties that you could choose, from your normal pumpkins to all different types of squashes and as I said the blue/grey pumpkins which I believe are called 'crown prince pumpkins'. Now even though it's a pumpkin patch and you can choose your own, they are already cut from the vines which makes it easier for people to grab and go! I went only a week ago, there was a fair few left but as the days go on they get less and less as Halloween approaches. I brought 7 different types of pumpkins, which some I brought were purely for decoration purposes! And some are obviously for carving :) ......and still need to carve in time for Halloween! 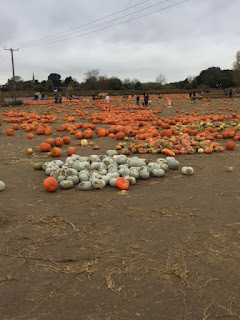 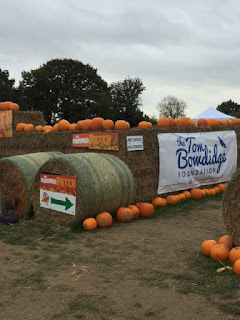 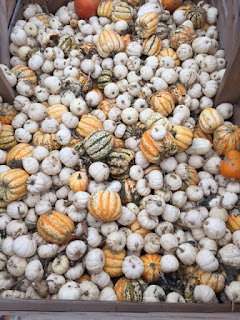 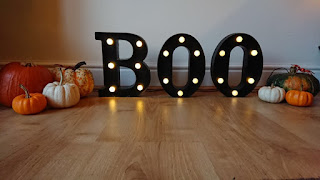 Popular posts from this blog

July 24, 2018
I really like sanctuary products and when i saw this i was really intrigued as to how it would work. here in the UK we are currently having a rather long heatwave! which I'm not complaining about but i don't know about you guys, i love moisturising after my bath but in this heat you don't want to feel any type of stickiness once you have cooled down from a nice bath or shower! so this is when i thought i would give this a go its the wet skin moisture miracle it says on the front  'super quick and hard working body lotion that locks in twice the moisture, up to twice as fast. The easiest and quickest and most effective way to moisturise your body.' i have  mine in the classic scent but i know there are 2 other scents to choose from, i just really like the classic scent. How it works -  You basically do all your normal stuff in the bath or shower, and once you get out. you apply it whilst your soaking wet! i must admit it did feel sooo weird doing this at firs
Post a Comment
Read more

May 29, 2018
Testing Testing 123!  I have heard a lot of good things about the revolution pro foundations so obviously i had to try them out! They are a drug store brand which are available in Superdrug and are extremely affordable! i have tried quite a few revolution products and they haven't disappointed! makeup revolution seems to impress me more and more everyday! and the brand seems to be extending and adding more additions to the brand like the revolution pro range. So its only fair that i try the new range right?! well they must be popular because in my superdrug they didn't have much stock in the pro full coverage camouflage foundation which is the one I'm desperate to try! (next time!) so instead i went for the foundation drops in F5 which i should of probably gone for F4 but i can still work with F5 its just a teeny bit darker but i can still work with it so its fine! I didn't actually realise but on the website it has details of the numbers and what skin to
Post a Comment
Read more

Is primark makeup worth the hype?

June 26, 2018
Ive heard soo many good things about primark make up..yes you heard it right primark make up! that i had to test it myself! to be honest its not a make up line that i ever really thought much about or even looked at before. But i heard that they upped there game and brought out new ranges which were dupes of high end brands! my primark beauty section isn't the biggest but they had a fair selection there and it seems over the past few months they have been getting more and more things in! i wanted to try all of  the foundations, one of which was a long wear one (i cant remember the exact name? as that one i particular is meant to be a dupe for estee lauder! they unfortunately didn't have my shade which was a real shame as i really wanted to try i but i didn't fancy walking around with a face that totally doesn't match my neck what so ever!. Admittedly i did forget to pick up a bronzer and a contour set and a primer but i can test these at a later date. i was more int
Post a Comment
Read more